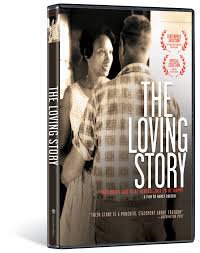 Mildred and Richard Loving knew it was technically illegal for them to live as a married couple in Virginia because she was of African American and Native American descent and he was white. But they never expected to be woken up in their bedroom and arrested one night in 1958. The documentary brings to life the Lovings’ marriage and the legal battle that followed through little-known filmed interviews and photographs shot for Life magazine.

After World War II, civil rights activists built upon a mobilizing tradition within black communities that included sit-ins, strikes, and protest marches. Grassroots groups around the nation relied on non-violent tactics and multiple campaigns to end segregation. National organizations, among them the NAACP and ACLU, worked to end segregation by bringing cases before the Supreme Court and the federal government. In 1954, The Supreme Court ruled in Brown v. Board of Education that public schooling was to be desegregated with “deliberate speed.” Hopes were high that legalized discrimination could be ended and equal rights for African Americans won.

In many cases, the ultimate success of the major legal and political battles of the civil rights era rested on the action, courage, and persistence of individuals. Richard Loving and Mildred Jeter were two such individuals who changed history. In July 1958, they returned home after marrying in Washington, DC, and were arrested in the middle of the night. The Lovings had broken the Virginia Racial Integrity Act of 1924 forbidding interracial marriage. Faced with prison, the Lovings took a plea bargain that mandated they leave Virginia for 25 years. They moved to Washington, DC, but missed their home, family, and rural community. In 1963, Mildred Loving wrote a letter to Attorney General Robert Kennedy, who suggested that she contact the American Civil Liberties Union. Two young lawyers, Bernard Cohen and Philip Hirschkop, argued the case through state and federal courts. In 1967, the U.S. Supreme Court heard Loving v. Virginia. The justices voted unanimously to strike down the Virginia law with Chief Justice Warren writing that “the freedom to marry has long been recognized as one of the vital personal rights essential to the orderly pursuit of happiness by free men.” The landmark ruling led to the overturning of miscegenation laws in fifteen states.

The film narrates the lives of Mildred and Richard Loving and their fight for the recognition of their marriage, all the way to the Supreme Court. The film’s immediacy derives from the inclusion of footage dating from the 1960s depicting the daily life of the couple and their three children while they were in hiding in a house in Virginia.

Jane Dailey on The Loving Story

Laws governing interracial sex and marriage followed the arrival of the British in North America in the seventeenth century
and lasted for more than three centuries. These laws remained on the books in many states until 1967, when the United
States Supreme Court found them unconstitutional in Loving v. Virginia, its only civil rights decision ever to appeal to
fundamental principles of “vital personal rights.”

Prior to the Civil War, the Constitution guaranteed individual rights only against the federal government. After the Civil War,
however, the Fourteenth Amendment (1868) expressly defined national citizenship and prohibited any state to deprive
any person of “life, liberty or property without due process of law,” to deny any citizen the “privileges and immunities” of
citizenship, or to deny any person “the equal protection of the laws.”

After the Supreme Court effectively neutralized this amendment through its decisions in the Civil Rights Cases (1883) and
Plessy v. Ferguson (1896), southern states built legal barriers between blacks and whites in nearly every aspect of life.
Blacks and whites were nursed in separate hospitals, educated in separate schools, buried in separate cemeteries, and
forbidden to marry each other in the majority of American states, especially in the West, like California.

For segregation to work, people had to be racially categorized by law. Depending on the state and the decade, people who
were more than one-fourth black, one-eighth black, one-sixteenth black, even one-thirty-second black, were categorized
for the purpose of Jim Crow as “non-white.” Even so, racial identity was mutable and grounded in behavior as well as
genealogy. Recognizing decades of white men’s sexual relationships with black women, usually slaves, an 1835 South
Carolina statute explained that a person’s racial status “is not to be determined solely by the distinct and visible mixture of
negro blood, but by reputation, by his reception into society, and his having commonly exercised the privileges of a white
man.” This “social construction” of “race” allowed for some flexibility within the white supremacist regime, which ironically
enabled states to harden the boundaries between black and white.

By 1900, white supremacy and racial purity had become articles of civic faith and Jim Crow laws abounded. Virginia’s
1924 Act for the Preservation of Racial Integrity was the logical culmination of this trend, and provided that any trace of
nonwhite ancestry (the infamous “one drop” rule) defined someone as ineligible to marry anyone defined as white. This
statute became the blueprint for Nazi Germany’s 1935 Blood Protection Law, which prohibited the marriage of gentiles
and Jews.

The secular racial regime was backed up by the belief of many white southern Christians that segregation was God’s
will, that God separated the races to preserve their purity, and that disobeying that plan was blasphemous. Civil rights
leaders responded with religious arguments of their own, insisting that “segregation is a blatant denial of the unity which
we all have in Jesus Christ.” The “God is on our side” argument became a staple of civil rights advocates, but was fiercely
resisted by white champions of racial segregation.

Unlike voting rights and segregated public education, racially restrictive marriage laws were never challenged on a mass
level. Neither were they of special interest to the National Association for the Advancement of Colored People (NAACP),
the Southern Christian Leadership Conference (SCLC), Congress, or the executive. This was in marked contrast to the
emerging category of human rights associated with the United Nations, whose 1948 Universal Declaration of Human
Rights condemned bans on interracial marriage and upheld freedom of choice in marriage.

Preceded by a 1942 decision that defined marriage and procreation together as “one of the basic civil rights of man” that
could not be restricted in the absence of a compelling state interest, the Supreme Court finally declared racially restrictive
marriage laws unconstitutional.** In Loving, a unanimous Court explained that “the freedom to marry has long been
recognized as one of the vital personal rights essential to the orderly pursuit of happiness by free men. . . . To deny this
fundamental freedom on so unsupportable a basis as the racial classifications embodied in these statutes, classifications so
directly subversive of the principle of equality at the heart of the Fourteenth Amendment, is surely to deprive all the State’s
citizens of liberty without due process of law. . . . Under our Constitution, the freedom to marry, or not marry, a person of
another race resides with the individual and cannot be infringed by the State.”

**The 1967 case Loving v. Virginia was a suit brought by Mildred and Richard Loving, an interracial couple, to overturn the
1924 Virginia act.

Jane Dailey is Associate Professor of American History in the Department of History, the College, and the Law School at the University
of Chicago. She is the author of several books about the post-emancipation South, including Before Jim Crow: The Politics of Race in
Postemancipation Virginia and The Age of Jim Crow: A Norton Documentary History.